Selweski: Macomb doesn't disappoint with an oddball crop of 2020 candidates

In 2020, there's no shortage of racist, Islamophobic, unstable and just plain odd candidates competing in the largest suburbs in Michigan. What's more, in one case, a flamboyant gadfly who harassed the Legislature and Lansing City Council for years, Christine Timmon, moved to this crazy county to file for a state House seat.

That means Macomb officials must now contemplate the prospect that political misfits are migrating to Macomb due to its history of embracing crank candidates for high-level offices. 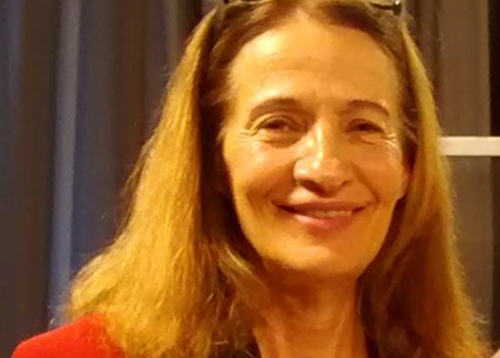 In 2016, voters here elected a bizarre county clerk, Karen Spranger, who saw her out-of-control reign cut short by a judge’s decision to remove her. No one complained. After all, Spranger was unemployed, homeless and unqualified for any office when she was elected. She now awaits trial for allegedly bilking an elderly woman of $1,600.

She fit the pattern of kooks and crooks seeking office in Macomb.

Spranger’s legacy, after 15 months of outrageous behavior in office, has created this bizarre conclusion: Wholly unqualified candidates have decided “If Spranger somehow got elected, hell, so can I.”

So I would suggest that we need to bestow a Karen Spranger Award in Macomb County following each filing deadline, when numerous crackpot contenders for public office emerge like clockwork.

Since this year’s deadline has passed, I nominate Kurt Kramer for the Spranger Award, with an honorable mention to his wife.

Kramer, of Chesterfield Township, is running for Macomb County commissioner, and his wife is running against him. In a field of four contenders, Kramer is running as a Democrat. His wife, Lyobov Arestova, is on the ballot as a Republican. But there’s more to the story.

Kramer won election as a commissioner in 2002 and, four days after being sworn in, was in court for allegedly attacking his wife because she wouldn’t pose for nude photos. A Russian immigrant, Arestova secured a personal protection order to keep Kramer away. Two years earlier, Kramer’s ex-wife, a Ukrainian mail-order bride, had similarly received a protection order against him.

Arestova apparently reconciled with her husband, but he lost re-election in 2004. In fact, Kramer, a Republican-turned Democrat, has lost five consecutive elections since then. He’s also been married four times.

But he’s back again. This situation in District 8 could all be a scheme; If Kramer wins the Democratic primary and Arestova wins the Republican primary, Kramer then cruises to a win in November while his wife sits on the sidelines. Or it could be some kind of twisted revenge match among spouses played out for all the district’s voters to see.

At election time in Macomb, campaigns that sort out the weirdest of the weird is, frankly, entertaining to watch, especially in a county where politics is a blood sport. Kramer fits into the category of delusional, perennial contender who should have called it quits more than a decade ago.

We also have a collection of bigots, conspiracy theorists and ego-driven know-nothings on the ballot. 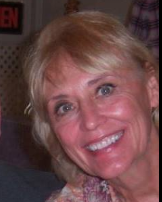 One Spranger fan running in 2020 is former county commissioner Nicki Brandenburg, a Republican from Macomb Township. Brandenburg hopes to recapture the county board seat she held years ago, before she flamed out by claiming in 2008 that her then-husband was injecting her with poisonous drugs in her sleep and practicing witchcraft on her. In the late 1980s, Brandenburg served as the leader of a Michigan GOP campaign to elect TV evangelist Pat Robertson for president.

Another candidate of head-shaking consequence is Republican Jackie Ryan, who served as Spranger’s chief deputy and devotee. Ryan is running for county clerk, in effect to carry on the reign of her old boss. When Spranger was about to be booted from office in 2018, Ryan declared that federal marshals would be arriving to protect Spranger from any removal attempt by the judiciary.

Ryan has served as a political soldier among a clan of ultraconservative Republicans in Sterling Heights, the state's fourth-largest city. These people have virulently protested an LGBT rights ordinance and the building of a mosque in the city.

One of the most bigoted members of this group is Jazmine Early, a four-time candidate who is running for state House. The eccentric Republican has maintained that county government is open to establishing Sharia Law across Macomb, and she has proposed that Sterling Heights establish an assimilation committee that would determine which immigrants would be allowed to live in the city, while banning all Muslim refugees. 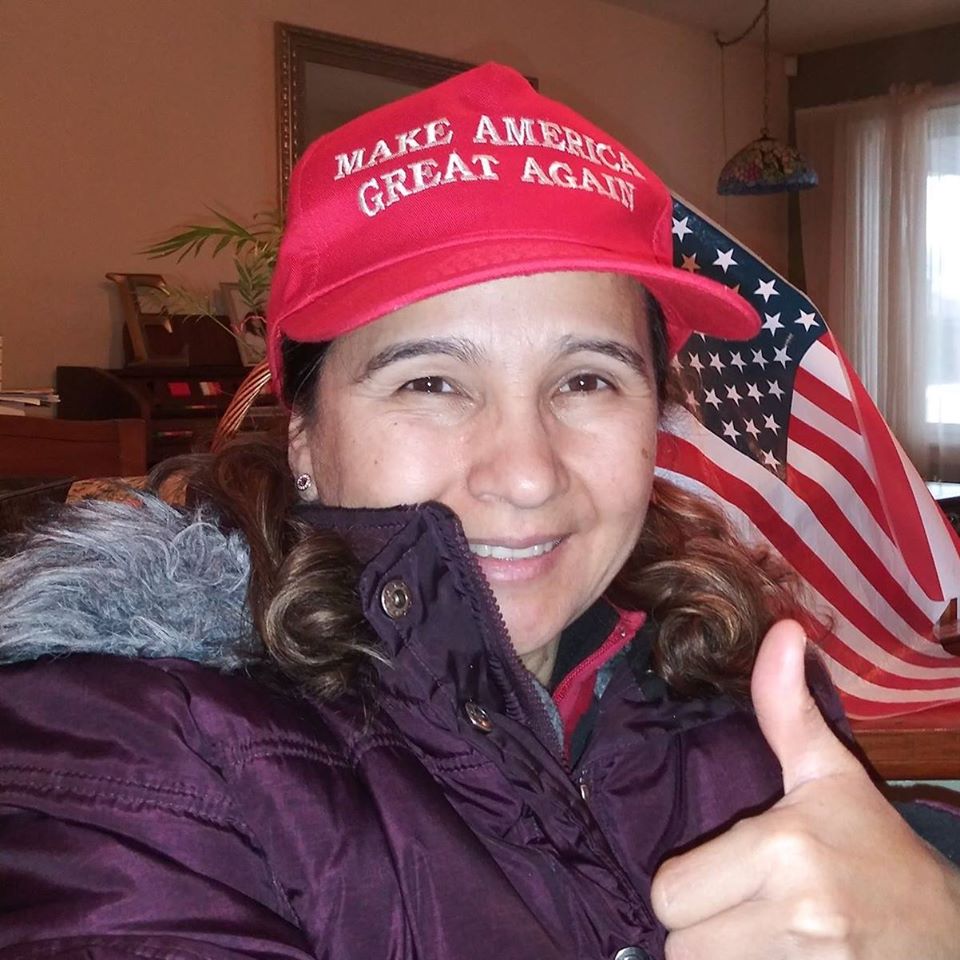 The 2020 twist to this narrative is that Early is running in the 25th House District against one of her longtime allies, Paul Smith. A frequent candidate and a former councilman, Smith has engaged in homophobic and Islamophobic vitriol for a decade.

Several years ago, Smith fantasized about violently killing Muslims: “Let ‘em fill it (a mosque) up with 400,000 rag head Muslims,” he said in an email message to supporters. “Then we can crash a radio control 747 into it and roast the bastards.”

Other Macomb candidates avoid any such incendiary comments, instead sticking to basic buffoonery.

The wackiest candidate in recent years has to be Mike Wrathell of Fraser, who made three highly unsuccessful runs for county prosecutor, in 2008, 2012 and 2016. This year he is taking a shot at county sheriff. Wrathell has no experience in law enforcement and admitted during his campaigns for prosecutor that he hadn’t practiced law full time in many years, preferring to concentrate on his work as “America’s greatest relatively unknown modern artist.” 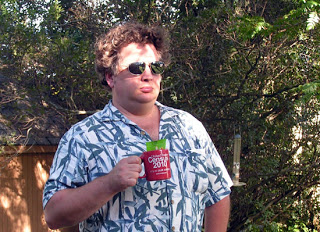 Some of Wrathell’s paintings have featured his vision of what inhabitants on Pluto – “Plutonians,” if they exist – would look like. On his website, Wrathell once promoted a short film he created that was entitled “James Dean vs. Godzilla.”

While Kramer may reflect a nonstop candidate trying to put legal problems behind him, the most hallucinatory candidate in Macomb’s 2020 lineup may be Jim Perna of Clinton Township, a former county commissioner.

From 2008-14, the Democrat-turned-Republican launched four consecutive high-profile campaigns to win back his old county commissioner seat, without any luck. In 2014 his political career suffered a seemingly fatal blow. Perna was physically removed by state authorities from his job as CEO of a credit union after the financial institution lost $1.5 million under questionable circumstances. But Perna’s at it again, back on the comeback trail.

Still, one perpetual candidate in Macomb with a checkered past hit the jackpot and now holds a high-level position in county government. 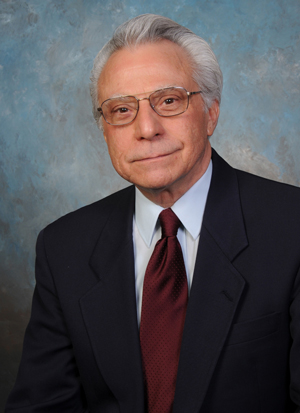 Treasurer Larry Rocca somehow snuck into office by a narrow margin along with fellow Republican Spranger in 2016. He was elected as the county’s tax collector though it was reported that Rocca had defaulted on a personal loan and suffered a court judgment to pay $26,000 to a bank. He was delinquent on his property taxes five times in a 10-year period. And he was fined by the state for improperly handling reserve accounts at his real estate office.

Rocca gives hope to all the oddballs that they can beat the odds. In 2020, the new mantra is: “Hell, if Rocca can get elected, so can I.”