What Covid-19 took from Detroit: Names and faces of the 2020 dead 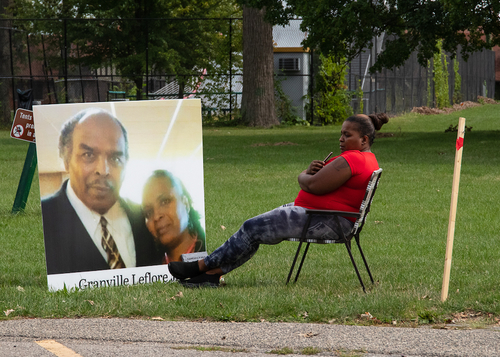 It slipped into the house while the doors were unlocked, while we partied through St. Patrick’s Day weekend, hugged one another hello and goodbye, leaned our heads close to hear what each other were saying in noisy bars and restaurants. We sang in choirs, danced cheek to cheek, threw back our heads and laughed, and all the while, the thief was at work.

What it stole from us were people. Family, friends, acquaintances, colleagues, strangers, who one by one fell to the mysterious, frightening new plague. What we first called coronavirus, and later Covid-19, hit Detroit early and hard. By the time August arrived, and a drive-through memorial was staged on Belle Isle, the faces on the poster boards circled the perimeter drive. Most of them were Black. 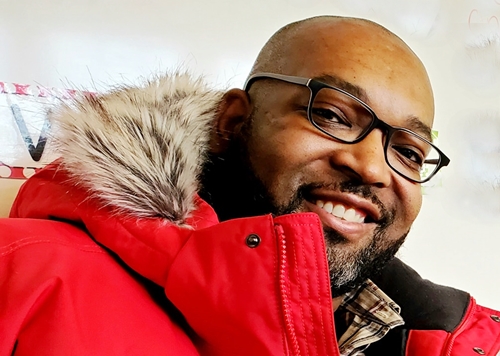 The lieutenant governor called him a friend. The mayor’s chief of staff called him amazing. An activist called him the greatest hype man she knew. When consultant and entrepreneur Marlowe Stoudamire died in late March, he became one of the early, high-profile victims of Covid, one who proved you didn’t need to be elderly to be at risk from this disease – he was only 43. He left behind a wife, Valencia, and two young children.

State Rep. Isaac Robinson (D-Detroit) never got a positive diagnosis of Covid, in part because he died early in the pandemic, when tests were still scarce. He put off seeking medical treatment until a Sunday in late March, and died the same day. Gov. Gretchen Whitmer said Robinson was known for “a huge heart, a quick wit, and a genuine passion for the people.” Mayor Mike Duggan called his passing “a devastating loss to our community and another reminder of how we all need to do our part to protect ourselves and each other in these difficult times."

Colleagues knew Lisa Ewald as a fierce advocate for her patients at Henry Ford Health System in Detroit. A registered nurse, she believed she was infected with Covid after she interacted with a sick patient in late March; by early April she was dead, at home. Just 54 years old, Ewald was remembered as an animal lover with a zest for life, gardening and travel. The president of the Michigan Nurses Association said her death brought home “exactly how nurses and other healthcare professionals... are risking their lives every day in this pandemic.” 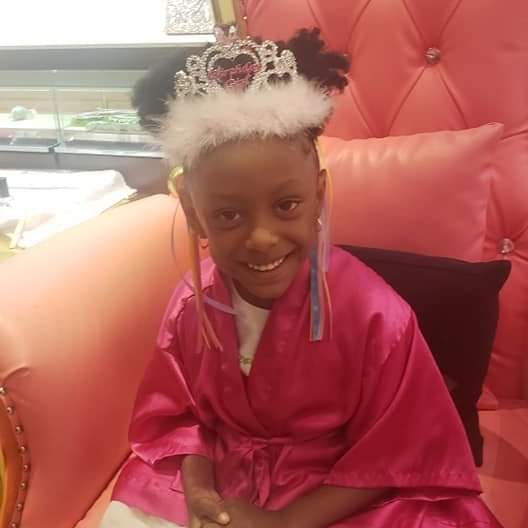 Most young people infected with Covid-19 suffer only mild symptoms, if any, but Skylar Herbert was the exception. Only 5 years old, she developed meningitis and brain swelling as a result of her infection and died after spending two weeks on a ventilator. The daughter of Lavondria and Ebbie Herbert, a Detroit police officer and firefighter, respectively, Skylar was remembered as a charming little girl who said she wanted to grow up to be a pediatric dentist. In her memory, her parents established the Skylar Herbert Memorial Scholarship at the University of Michigan, for children of first responders.

Everybody called him Mo, and when he served as a state senator, many in Detroit called Morris Hood III a friend, “respected from the U.P. to the Ohio border,” in the words of a Lansing colleague. When he died from Covid in the spring, his funeral was limited to only a handful of mourners. His boss, Wayne County Executive Warren Evans, said Hood was “the very definition of a public servant, one who dedicated his life to improving the lives of others and bettering his community." He was 54.

Jonathan “Recon” Parnell was a Detroit police officer who rose to the rank of captain and led the city’s homicide unit, and worked in the sex crimes, child abuse and narcotics units as well. His death in March shook the department, at a time when the disease had already touched Chief James Craig and hundreds of others who wear a badge. Craig called Parnell an “extraordinary officer, a leader who contributed more to this department than I could ever say.” 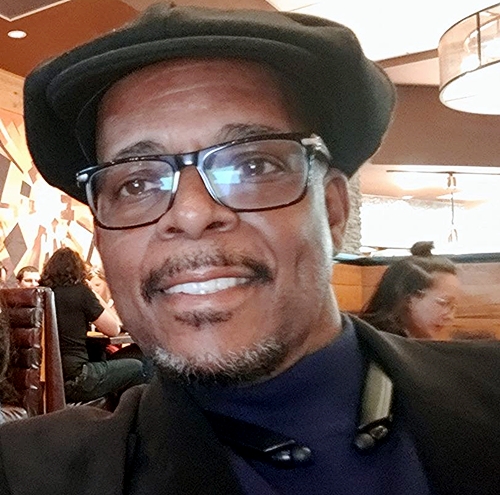 Experts warned from the beginning that Covid would thrive in packed environments where social distancing was not an option, and these three deaths at Wayne County jails – two physicians and a commander with the Wayne County Sheriff’s Office – would seem to bear that out. Collins, 63, had been with the department for 30 years, and worked weekends as a DJ for radio and events. Patsalis and Miles were both contract physicians who worked at the downtown jail, treating inmates. All three deaths, coming in mid-April, underlined the need for PPE, testing and improved policy for housing inmates during outbreaks of disease.

Great coaches can touch hundreds, even thousands of lives in the course of a career, but those touched by Mumford High School’s basketball coach, Dwight Jones, spoke with one grieving voice after Jones died of Covid in March. “He genuinely cared about you,” said Darren Nichols, who played for Jones in the ‘80s. Jones coached boys’ and girls’ teams for nearly 50 years and mixed coaching with humor: “If I put your brain in a bird it would fly backwards” was one he saved for those who couldn’t follow instructions.

Wayne County Circuit Judge Dalton Roberson Sr. started his legal career in a firm he founded with Robert Harrison and Bernard Friedman, the latter of whom became a federal judge. In time, Roberson became a judge in Detroit Recorder's Court. He was the chief judge in 1987, and retired in 1999 when it was named Wayne County Circuit Court. He and his wife moved to his native Mississippi where he played a lot of golf, but he couldn't stay out of the courthouse. The couple moved back to Detroit in 2013, where he occasionally presided in Wayne County Circuit Court as a visiting judge. He was diagnosed with Covid in November, and died at 83. 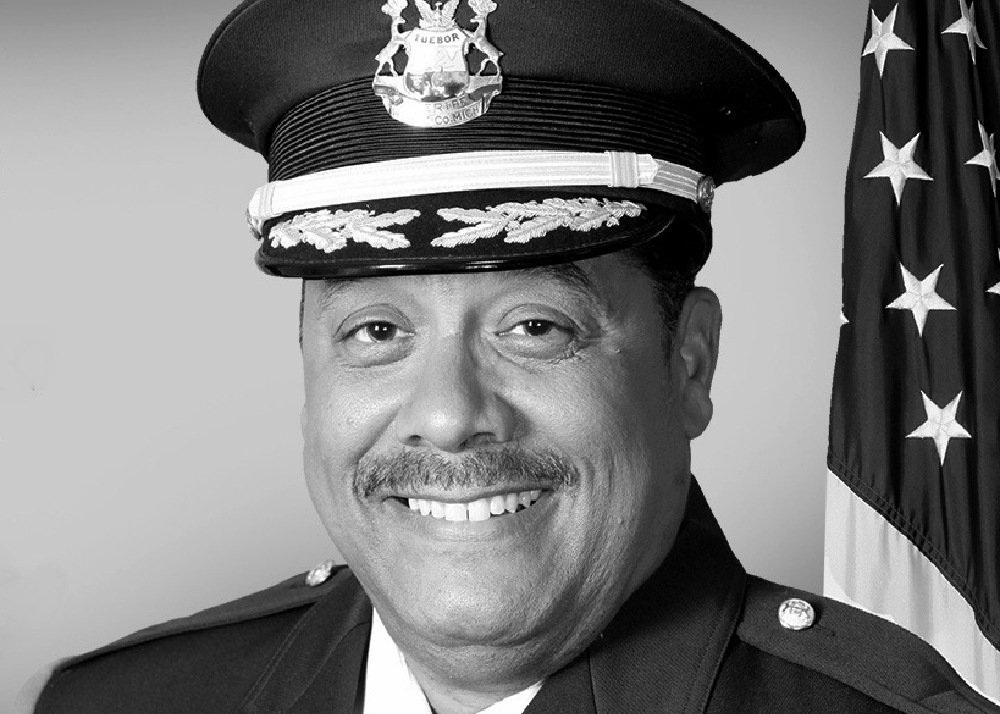 By the time Wayne County Sheriff Benny Napoleon fell ill from Covid, late in the year, the situation wasn’t looking so dire. PPE was widely available, masking practice was established and a vaccine was on the horizon. But a second surge was underway, Napoleon got sick in mid-November, and died three weeks later, just before Christmas. Napoleon, 65, was widely mourned, in keeping with his career, which spanned both Detroit city and county law enforcement, politics and community service. His daughter, Tiffani, announced his death and asked that her father be remembered for “his generosity, integrity and faithfulness as a public servant for over 45 years. Remember how kind he was to everyone he came in contact with and how much he loved his family."

Covid-19 wasn’t the only culprit in notable deaths in 2020, of course. Detroit, Wayne County and southeast Michigan also lost: