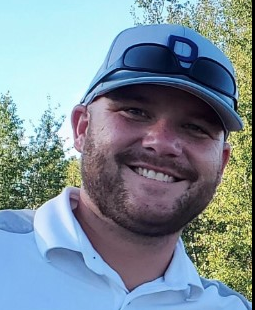 Walled Lake Western High School teacher Justin Kucera is suing the school district, alleging his consitutional rights to free speech were violated when he was fired last summer for posting pro-Donald Trump tweets and a remark that liberals "suck."

"Due to his tweets—and his tweets alone—[Kucera] was summarily terminated from his position with the District," the federal lawsuit filed Tuesday states. "Defendants made the decision to terminate Plaintiff for such speech even though many other teachers had participated in the long and proud history of educators being involved in politics and political activism outside of the classroom."

Administrators offered his job back under the condition he apologize, accept a suspension and vow to do better, the suit says. Kucera, who had been teaching since 2017, declined the offer. The University of Michigan graduate taught social studies and was a baseball and basketball coach.

In July 2020, Kucera, who is described in the lawsuit as "a political conservative, Republican, and supporter of former President Donald Trump," tweeted messages that included “Donald Trump is my president,” schools should reopen and liberals were attempting to divide us and “suck.”

He also retweeted a Trump comment: “SCHOOLS MUST OPEN IN THE FALL!!!”

"Even though many strongly disagree with these opinions, they are all political speech protected from government intrusion under the U.S. and Michigan constitutions," the suit says.

The Detroit News, which obtained his personnel file under the Freedom of Information Act, reports that he wasn't fired for supporting Trump, but rather for unprofessional judgment when he posted "liberals suck man."

The school district has not yet returned a call from Deadline Detroit for comment.

The suit alleges that the ex-teacher has suffered economic loss, emotional stress, humiliation and damage to his professional reputation and is entitled to unspecified damages and attorney fees. It also asks for reinstatement.