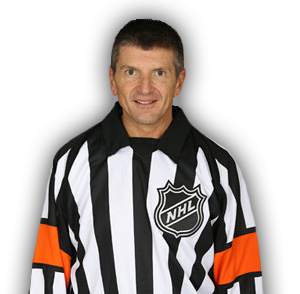 Referee Tim Peel's hot-mic remark during a Detroit Red Wings game in Nashville on Tuesday night has ended his NHL career. The NHL fired him, saying he violated the league's principles of integrity when he explained his reason for calling a penalty against the Nashville Predators.

Tim Peel was one of the officials Tuesday when the Wings played at the Nashville Predators. Early in the second period, Viktor Arvidsson was called for tripping Jon Merrill. Merrill fell on his own, but Arvidsson was sent to the penalty box. A couple minutes later, the following comment could be heard on the Predators television broadcast: “It wasn’t much, but I wanted to get a (expletive) penalty against Nashville early in the …” before audio cut out.

The following morning, NHL League Senior Executive Vice President of Hockey Operations Colin Campbell announced on its website that Peel, will "no longer will be working NHL games now or in the future."

"Nothing is more important than ensuring the integrity of our game," Campbell said. "Tim Peel's conduct is in direct contradiction to the adherence to that cornerstone principle that we demand of our officials and that our fans, players, coaches and all those associated with our game expect and deserve. There is no justification for his comments, no matter the context or his intention, and the National Hockey League will take any and all steps necessary to protect the integrity our game."