These Wolverine Watchmen militia members will stand trial on heavy-duty state charges linked to last fall's alleged plot to kidnap the governor, a  judge ruled. He dismissed a terrorism count against each man.

Pete Muscio, Paul Bellar and Joseph Morrison were in a Jackson County district court Monday for the end of a multiple-day preliminary exam.

Bellar, 22, is from Milford in Oakland County. Morrison, 26, and Musico, 43, live in Munith (Jackson County). They're free on bond.

"Those who seek to do violence against our institutions of democracy and our elected representatives are not patriots, they are criminals," Atty. Gen. Dana Nessel says in a statement on the case her team is prosecuting. "My office is pleased to see this case move forward and to have the opportunity to hold these men accountable for their actions."

The trio heading to trial in Jackson Circuit Court are among 14 men arrested by state and federal authorities in early October for allegedly conspiring to target law enforcers, planning an attack on the state Capitol and kidnapping government officials, including Gov. Gretchen Whitmer. Six defendants are charged federally, and eight are charged at the state level in Jackson and Antrim counties.

The state classifies the Wolverine Watchmen as a criminal gang, which brings an additional charge. That count is valid, Judge Michael Klaeren said Monday, because the militia group has a "multi-tiered vetting process, secret means of communication, required training and exclusive membership," The Detroit News reports. 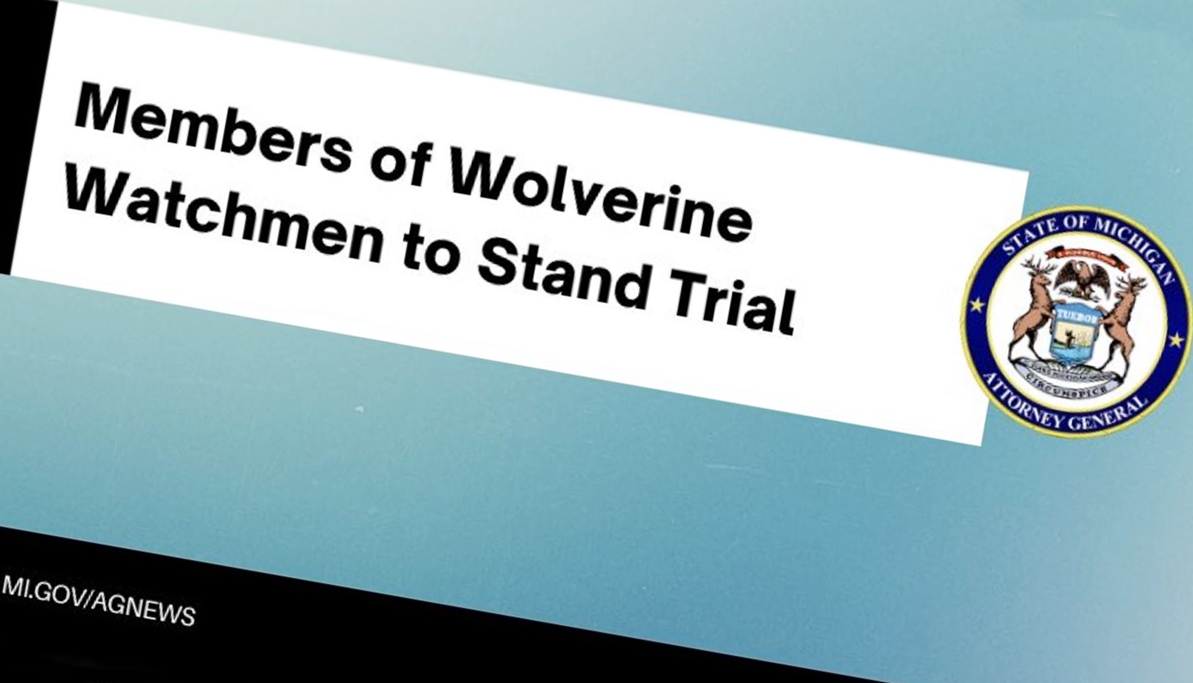 "The intent is so clear that these individuals were going to do something more than spout off threats to each other," the ruling adds, according to the Detroit Free Press. "They started a very big snowball which wasn’t going to stop [rolling.]"

Each faces up to 20 years in prison on these felony counts:

The five other state defendants in the case will appear for a preliminary examination in Traverse City on April 14-16.