Opening Day takes us back to a mood we can use now: Miggy at first base

In a world that has been shaken and stirred scarily for over a year, signs of normalcy gain extra value. So this word from the Detroit Tigers' new manager is as welcome as this week's daffodils and sunshine:

Miguel Cabrera will start at first base on Opening Day, A.J. Hinch said.

"I think he gives us the best chance to win at first base," Hinch said.

The star player starts his 14th season in Detroit at that spot Thursday afternoon for the first time in nearly two years. Those who see baseball as more than a game can take it as a symbol of his and our survival, resilience, restoration in a season when renewal feels overdue. 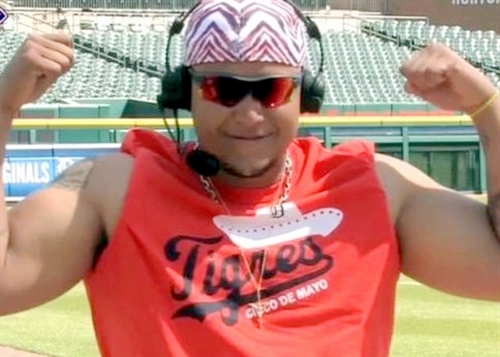 Most of the time, the slugger who turns 38 in less than three weeks will be the designated hitter. "He isn't scheduled to play his old position more than a few times per week," Freep sportswriter Evan Petzold noted Monday. "After a slew of injuries from 2017-19, the Tigers can't afford to put his health at risk."

Cabrera hasn't played first base in a regular-season contest since June 18, 2019, a couple weeks after he was diagnosed with chronic knee pain. He spent the shortened 2020 season as the designated hitter, competing in 57 of the team's 58 games.

"He's been able to handle the [spring training] workload that we've given him," Hinch said. "He's going to play first base certainly more than he has over the last couple of seasons."

At the plate, Miggy could reach 500 career home runs this season. He's at 487 now, and seven homers would pass Lou Gehrig and Fred McGriff to move Cabrera into 28th place on the all-time list. He his 10 last season.