"Nobody thought this was funny or clever," CNBC senior editor Dawn Kopecki tweets Wednesday afternoon about a Volkswagen of America marketing prank that stank.

"We didn't mean to mislead anyone," a company spokesman said a day after it promoted electric models by pretending the U.S. division's new name is Voltswagen. A statement added: "Our intent was to bring light to [an electric SUV] in a fun and interesting way as an April Fool's Day effort. ... We are sorry about any confusion this has caused."

VW even takes a victory lap, boasting that it "got the whole world buzzing:"

What began as an April Fool’s effort got the whole world buzzing. Turns out people are as passionate about our heritage as they are about our electric future. So whether it’s Voltswagen or Volkswagen, people talking about electric driving and our ID.4 can only be a good thing. pic.twitter.com/Rzx8mJgxkT

Whatever the intent, the reality is that acting communications director and Mark Gillies and other representatives lied when asked if an online release was serious or an April Fool's week stunt. 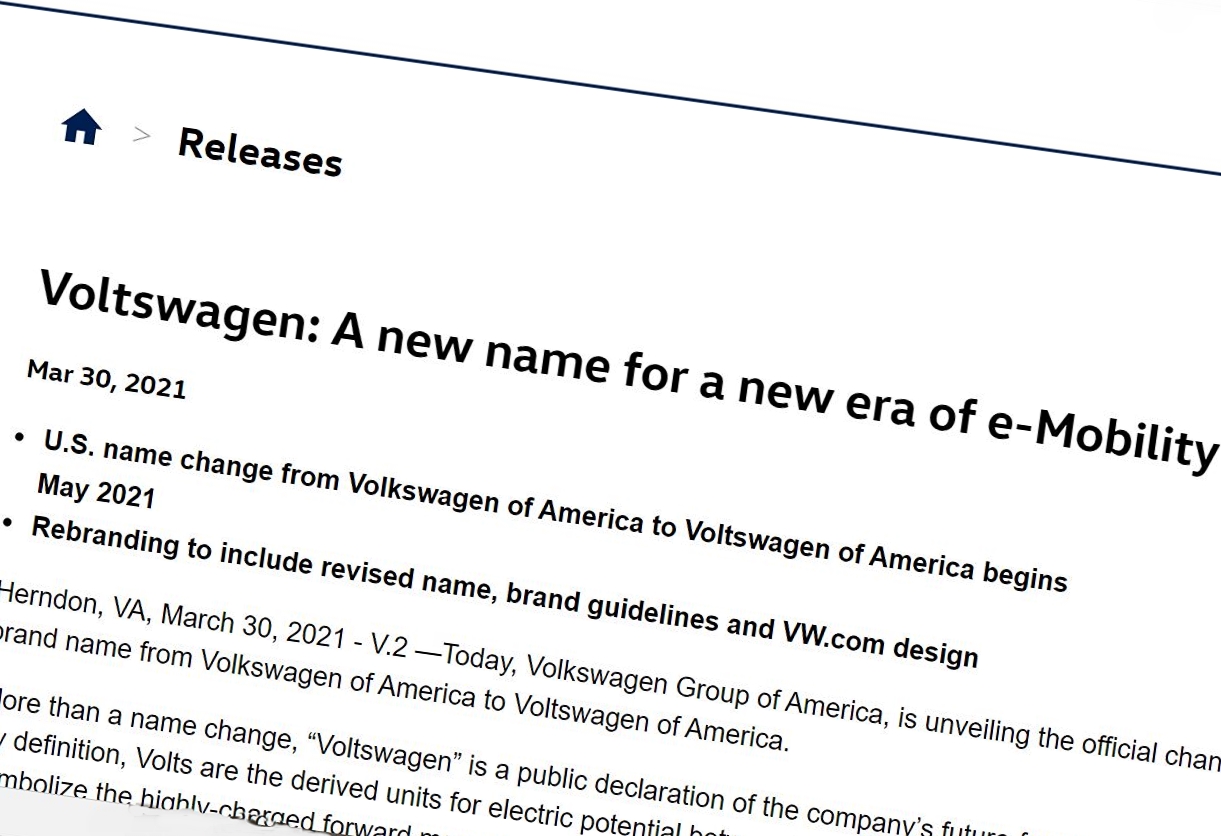 At Automotive News, Nick Bunkley posts a subscribers-only column under the headline "VW lied to sell diesels; now it lied to sell EVs."

"They lied when repeatedly questioned whether it was a joke," the Detroit journalist tweets. "They sacrificed other people's credibility for their own benefit. ... Even my kids are starting to understand that little lies affect their ability to be believed when questioned about more consequential things."

Lora Kolodny, a San Francisco-based tech reporter for CNBC, also is puzzled by the unforced error. "If you lie to reporters 'on background' because you are trying to pull a prank, the only thing you achieve is proving that you are not trustworthy once and for all, and that everything you say to a reporter should be assumed untrue."

Journalists are used to being wary about odd pranksters pulling April Fool’s Day hoaxes at this time of year. Few expect it from a multi-billion dollar corporation.

"This and any deliberate release of false information hurts accurate journalism and the public good." ...

The AP wrote a story about it Monday after its reporter was assured by Mark Gillies, a company spokesman in the United States, that it was serious, [spokeswoman Lauren] Easton said.

It was a similar story at USA Today, where a reporter specifically asked if it was a joke and was told "no," said the newspaper's spokeswoman, Chrissy Terrell.

"The company used this fake announcement as a way to manipulate respected reporters from trusted news outlets to get attention for their marketing campaign," she said. "We are disheartened that the company would choose this type of disingenuous marketing."

Back in Detroit, CNBC's Michael Wayland -- first to report the supposed name change -- says Wednesday on Twitter: "I'm OK with companies doing April Fools' Day releases. They can be funny. It was the deception and lying to reporters that was the problem." 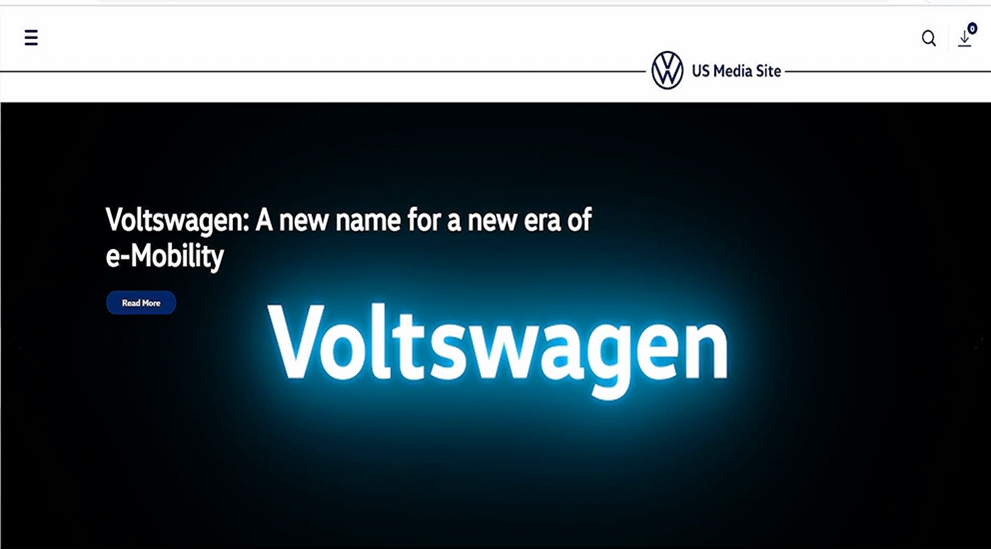 Another part of the elaborate stunt

For its part, VW says in its damage-control statement that "many positive responses on social media showed that the campaign resonated with consumers."

Perhaps. But reporters' trust is a terrible thing to waste for a day or two of buzz. As Karl Henkel of Ford's communications staff puts it on Twitter: "VW employees . . . set their credibility ablaze for a story few will remember in a week."