'Detroit Digest' Launches Pizza Show: We try the 'Kraut at the Devil' at Pie-Sci 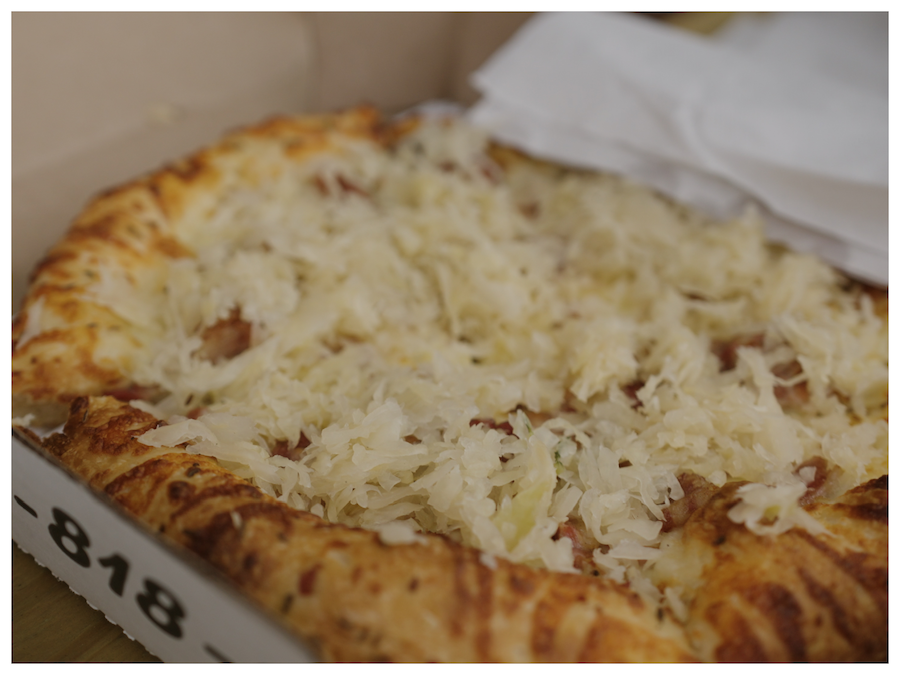 The Detroit area has more pizza shops per capita than anywhere in the country, a recent study finds.

So it only makes sense that Deadline TV's "Detroit Digest," hosted by Carlos Parisi, expands with a new show brilliantly titled, "Slice." (Believe us, that took a lot of brain power to come up with.)

We'll go around town reviewing pizzas, both round and square. Our plan is to order one cheese pie from each shop and a second one that's more adventurous.

In episode one, Carlos brings Deadline Detroit Editor Allan Lengel to Pie-Sci at 5163 Trumbull in Detroit's Woodbridge neighborhood. They order a cheese and "The Kraut at the Devil," a pizza with sauerkraut and corned beef.

The video is produced by Deadline Detroit's Myron Watkins II.

► Suggest places to review by emailing Carlos.S.Parisi@gmail.com or commenting below.

'The Week That Was:' Is Michigan Gov. Whitmer Presidential Material?

'The Week That Was:' Is the Ilitch Group Trying to Take Taxpayers For Another Ride?

'The Week That Was:' Animal Sacrifice in Hamtramck. How That Works.